Good news for the Huawei mate 9 smartphone users from Huawei.

According to Huawei,  the company is developing and testing the EMUI 10 update for the Huawei Mate 9. None of you will believe in that, but this is true (just check the screenshot below). 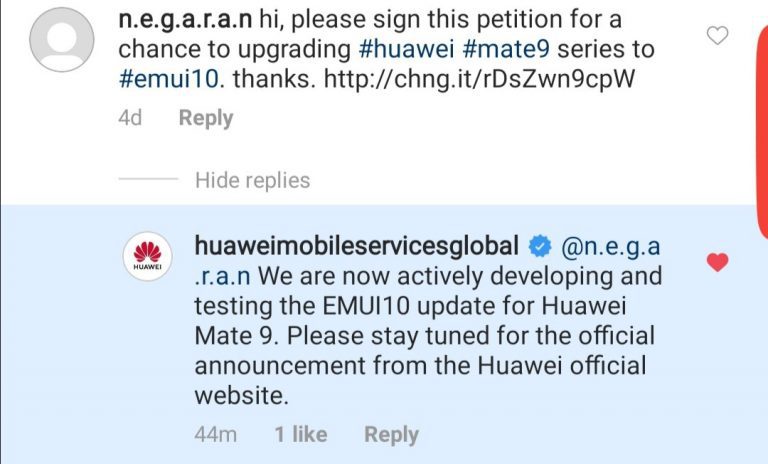 “We are now actively developing and testing the EMUI10 update for Huawei Mate 9. Please stay tuned for the official announcement from the Huawei official website”

Huawei answered a question related to the current status of the EMUI 10 update for the Mate 9 series on Instagram.

After so many false alarms from the customer services, it is difficult to believe the news. Additionally, Huawei’s official EMUI 10 roadmaps did not include the Mate 9 or 9 Pro.

It also raises the question that Huawei will release the EMUI 10 update for the device, which is more than 3 years old?. All of us will know very soon.