Oppo is the new rising star on the ever-crowded smartphone horizon and since the Chinese company launched the Reno brand in April 2019, it made a serious claim to get the big boys. Reno devices have a stylish design and cool features like the sharkfin pop-up camera, horizontally-placed lenses with a prism and under-display fingerprint scanners.

The Reno 10x Zoom was the first phone with a 10x Hybrid Zoom – something Samsung achieved only recently with the launch of the Galaxy S20 Ultra. Even budget models in the Reno line offer decent quad-camera systems and with future devices, the camera count will increase even more.

Oppo smartphone gets 7 cameras on its back

Mobile photography skyrocketed the technology into the multi-camera era with dual, triple and quad-systems. Or vice-versa. Egg or chicken first, the matter of the fact is that the more cameras a smartphone have on its back, the more likely is for it to find a way into consumer’s pockets.

And when we’re talking about Oppo, adding “just one more” camera is always a possibility. Halfway through last year, the Chinese manufacturer filed a design patent with the CNIPA (China National Intellectual Property Administration) for a device with 7 main cameras (hepta-camera) on the back and an additional LED flash.

Two models are shown in the filings and the shape of the camera system does vary. But what does that mean? And how will it look like? Concept Creator made a series of 3D renders for one of the two models for LetsGoDigital, so take a look and find for yourselves. 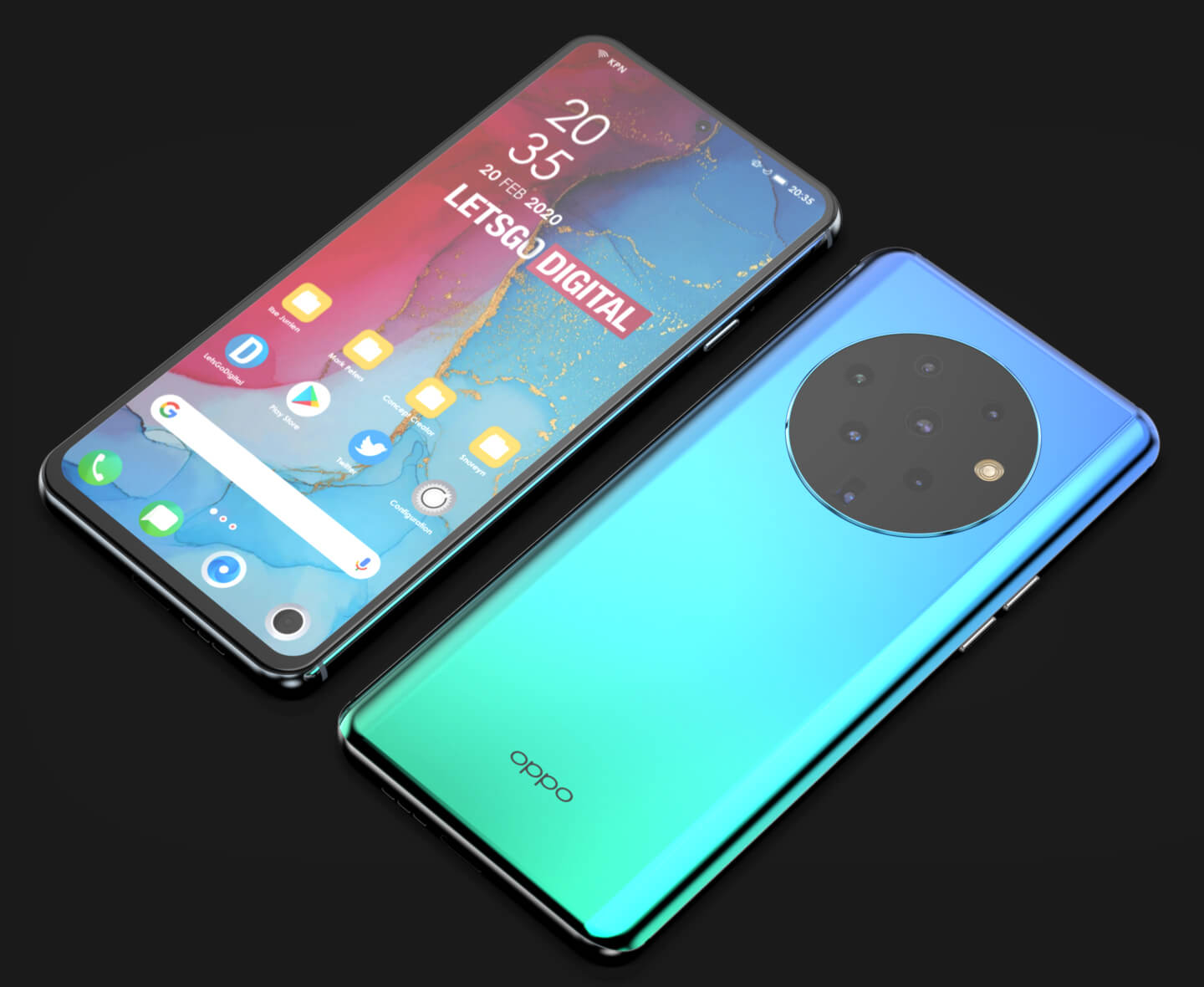 It is a special design that resembles the Nokia 9 PureView a little. However, the Nokia device was equipped with five main cameras and a flash while Oppo added two more, on the back we can see seven camera lenses and an LED flash. There’s a possibility some of these are sensors or microphones – like the one we saw in the Galaxy S20 Ultra for better sound when recording videos.

Six of the circular cutouts have the same size and the one in the center is larger. There’s also a rectangular-shaped module visible on the bottom, probably housing the prism and the zoom lenses. The patent sketches also show that the camera system protrudes slightly out of the phone’s body. Other smartphone manufacturers use such camera-bumps in their designs for years but Oppo Reno has been an exception. Apart from a small ring, which ensures cameras remain scratch-free, all Reno models sport nicely leveled flushed backs.

No buttons or connections are shown on the patent images, but these are often omitted in the initial filings and added later on. The filing in question focuses on the camera system itself – all other components may be subject to change including the front side of the phone.

Nevertheless, the images do show an almost borderless screen and a small V-shaped notch – a similar design to the Reno Z and the Reno 3. The V-shaped notch is strange though, as high-end Reno models use a punch-hole design for the selfie camera. If Oppo decides to bring this new smartphone to life, it won’t be a budget one, considering the seven cameras. Therefore we used the Reno 3 Pro as a baseline design for the renders.

The multicamera trend in 2020

Sometimes the line between enough and excess is a thin one. Will the multicamera trend continue in 2020 and will camera count keep increasing? Smartphone manufacturers often develop new features only made possible with a multicamera system – switching between wide and ultra-wide angle, macro and seamless zooming just to name a few. 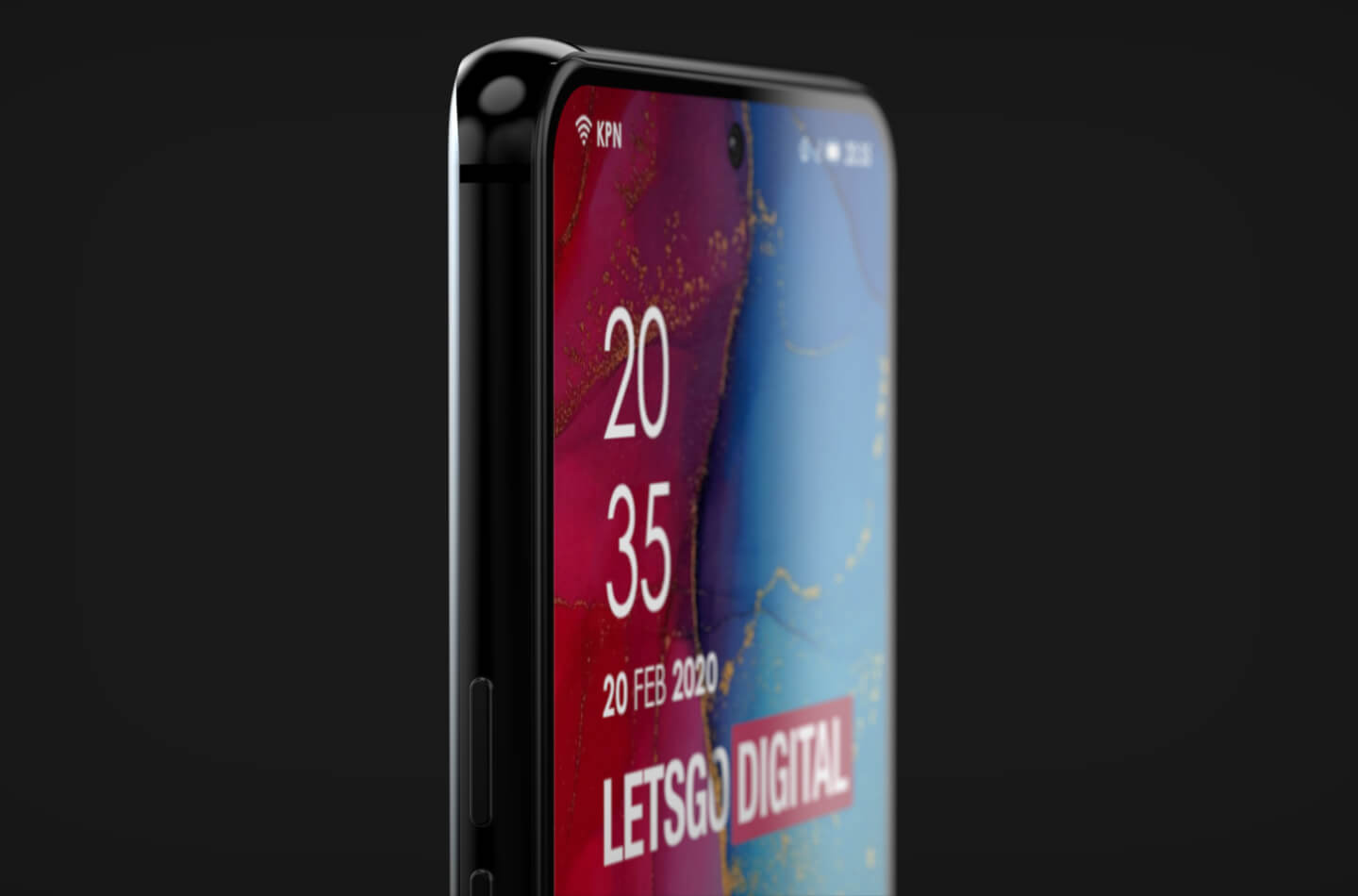 Nokia 9 PureView made some headlines last year with its penta-camera system and it’s still quite unique, despite being glitchy and overall lacking. Sony and the multicamera specialist Light announced a collaboration at the beginning of 2019 and although it still hasn’t bear any fruits, we might soon see a big increase in Xperia’s camera count. LG took things even further with a crazy patent for a smartphone with 16 cameras on the back and of course, this design remained in the patent offices since then.

We’re very curious about Oppo and Reno – the Chinese brand proved to be on the edge of innovation and never feared to push the boundaries. Meanwhile, the Reno 3 line is coming to Europe later this month and the Oppo Find X2 will make its debut as well. The high-end smartphone will feature a 120Hz display and a special camera system. Whether it will be the same 7-camera design from the recent filing, remains to be seen. 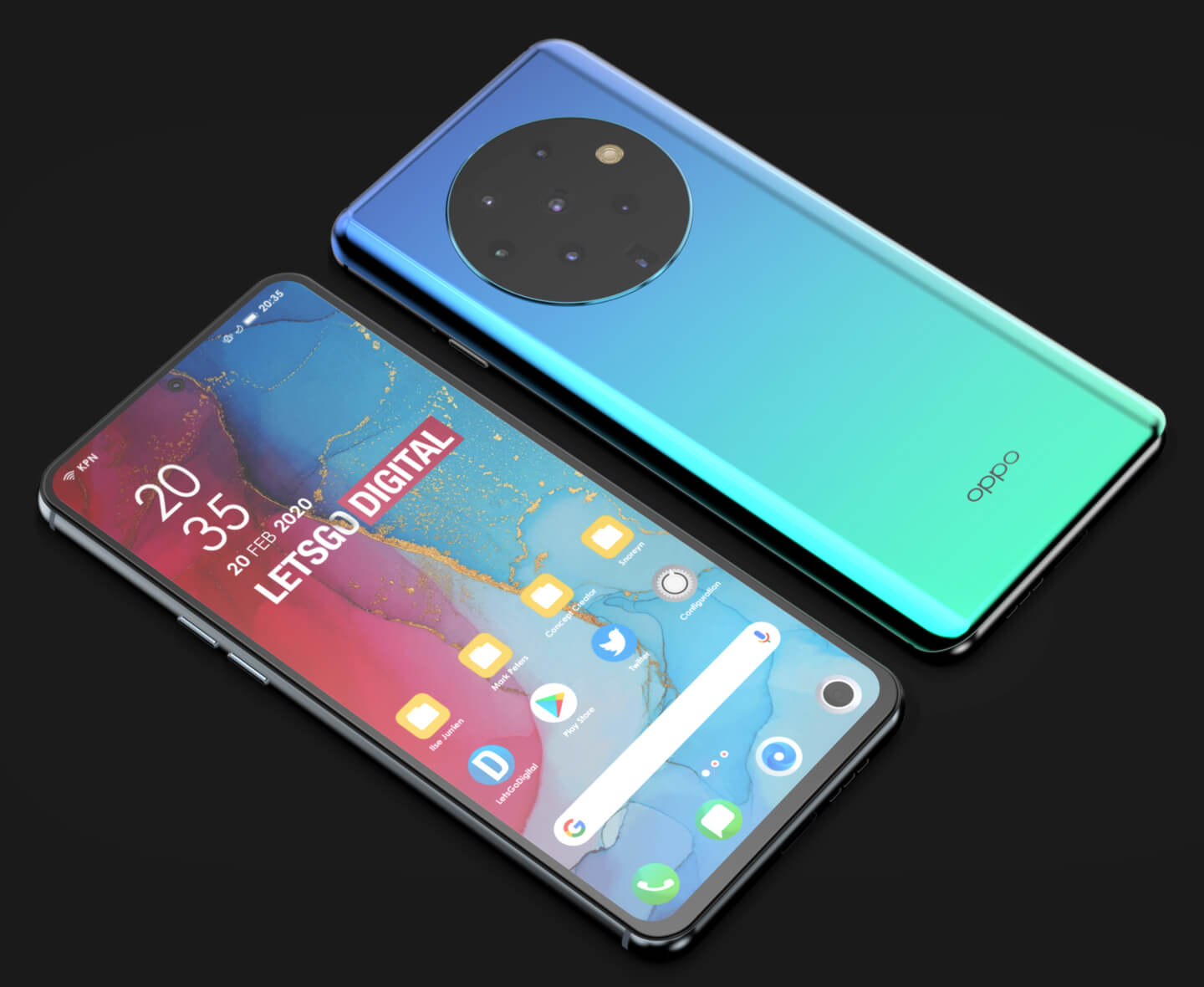