Makers Of Android May 21 News Samsung today released the latest mobile innovation product, the Galaxy S20 Tactical Edition, developed in cooperation with the US Federal Government and the Department of Defense (DoD). It was developed for military purposes to provide a high degree of security and compatibility with existing peripheral devices and confidential applications.

The Samsung Galaxy S20 Tactical Edition (TE) has a DualDAR architecture. It provides two layers of data encryption, which can protect confidential data of confidential tasks according to NSA standards. Taher Behbehani, head of Samsung Electronics ’US B2B mobile division, said:“ The Galaxy S20 Tactical Edition ”provides fighters with technologies that give them an advantage in this area, while providing their IT teams with easy-to-deploy, highly secure solutions. Although the Samsung Galaxy S20 tactical version is mainly based on the consumer-grade Galaxy S20, it has some custom features that exceed the higher security levels. It has a night vision mode that allows the operator to turn on or turn off the display while wearing night vision goggles ; there is also an invisible mode that is used to disable LTE and block RF broadcasts for off-grid communications. The Samsung Galaxy S20 tactical version also provides a way to easily unlock it in landscape mode when installed on the chest. The operator can launch its most commonly used applications with a single button press. The Samsung Galaxy S20 tactical version can run multiple mission applications, including ATAK, APASS, KILSWITCH, BATDOK, and is fully compatible with Samsung DeX.

According to IT House, according to the official announcement, the Samsung Galaxy S20 tactical version will be launched through selected IT channel partners in the third quarter of 2020. However, ordinary people should not expect to be able to buy it on the open market. 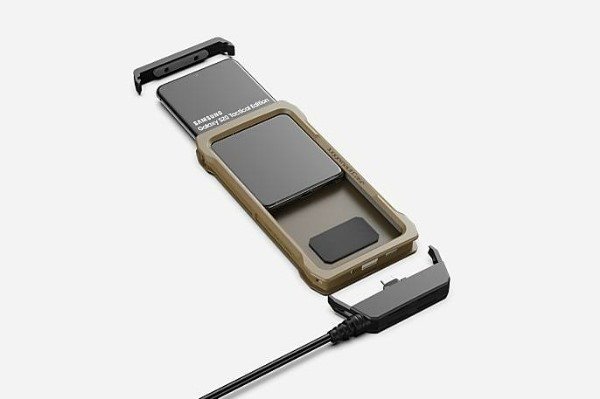